Screen time is often said to be the saving grace of mom life. If they’re entertained, you can have alone time or get things done. I believed it too…until it became anything but great.

Mom life is difficult, and if you work from home, or just need to get things done around the house, you’ve probably heard other moms say… “It’s okay to give them a little extra screen time”. There are certainly moments when this can have merit, but what I’ve experienced is that over time, that extra show here or there becomes a crutch.

Both for the parent and for the child. Here’s what happened to us. 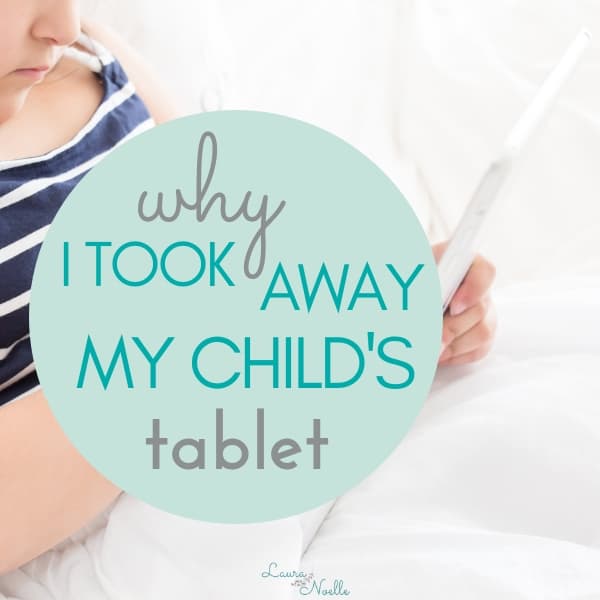 My daughter was given a tablet with educational games on it and the PBS kids app when she was two. At that point, she had very little interest. Awesome!

While my degree in Early Childhood Development, I knew screen time wasn’t the greatest, and I tried to limit it. However, there were times it just felt necessary to entertain her so I could get something, anything really, done.

By the time she was three, we had downsized to a smaller house, and in the depths of winter weather, the overwhelm was real, and the iPad came out. She was allowed to watch kid’s shows on Amazon Prime, or a few movies and shows we had on Google Play.

As her energy went up and mine went down, I felt like I had to give in, in order to get alone time or things done. At first, it was magical. I got soooo much done. Hours of work were accomplished. I cooked dinner in peace. I could read a book.

She sat quietly, watching her shows.

But then, things started to get dicey. Her attachment to the device was getting stronger. It was the first thing she asked for every morning. It was hard to take it away at night. She talked about the things she saw on it all the time.

I started to feel uncomfortable, like something wasn’t quite right.

Screen Time Can’t Be That Bad… Can It?

I’d seen other simple living bloggers and communities talking about reducing screen time, but I always just thought, Glad it works for them, it wouldn’t work for me.

Eventually, I ran across mentions of a book called Reset Your Child’s Brain: a four-week plan to end meltdowns, raise grades, and boost social skills by reversing the effects of electronic screen-time by Victoria L. Dunkley, MD. My curiosity was peaked and I checked it out from our local public library.

While the bulk of the book addresses the severe effects of electronic screens on school-age children (and adults), there was some information addressed at young children as well.

In fact, after reading just chapter one of the book (the scientific basics of how screens cause continuous hyperarousal and overstimulation, leading to detrimental mood, behavioral and cognitive symptoms), I decided to pack up the tablets for good.

No educational games. No Prime Video. No YouTube. Nothing she could swipe, control or interact with.

I was genuinely surprised when I read the difference between passive screen time (like watching television from the other side of the room) and interactive screen time (smartphones, tablets, computers, video games). Dr. Dunckley writes “we associate passive viewing with inactivity, apathy, and laziness” and “in fact, parents are often encouraged to provide interactive screen time…with the rationale that surely this type of activity engages the child’s brain.”

The problem here is that “interaction is in and of itself one of the major factors that contributes to hyperarousal, so sooner or later, any potential benefit of interactivity is overridden by stress-related reactions.” (Reset Your Child’s Brain, page 20).

That’s just the beginning though, and as Dr. Dunckley laid out what a child’s continual fight or flight response looks like (aggression, meltdowns, etc.) and also withdrawal from electronic devices (ever tried to pull a three-year-old away from a screen at bedtime?? Yikes…), the sinking feeling in my stomach hit an all-time low.

This was far worse than I could ever have imagined, and if I didn’t do something now, it was only going to get worse.

And so, I read on. That was about a month ago.

While Reset Your Child’s Brain is not a light read, I do appreciate that Dr. Dunckley makes it very clear from the beginning that the negative effects of electronic screens can be reversed by simply removing them. She recommends a four week (in some cases longer) detox to help families reverse attachment, rebuild social connections and reduce stress.

She tells story after story of rather extreme cases of electronic screen syndrome where children eliminated screens and experienced (chapter three):

Among many other regained positive mood, cognitive and behavioral changes.

A particularly shocking piece of information stuck out to me that screen time causes the body’s blood flow to shift from “higher thinking” to “primitive thinking”. What does that mean? It means our screens are not making us smarter.

Dr. Dunckley states “Interestingly, when I’ve treated patients with the Reset Program and they continue to be screen-free afterward, they seem to mature developmentally in leaps and bounds–in a matter of months. This suggests that liberation from screens redirects robust blood flow back to the frontal lobe, thereby supporting healthy brain development” (page 46).

That frontal lobe she mentions is, of course, the higher thinking part of the brain that is in charge of critical thinking and executive functioning.

Whew. It’s a lot to take in, and it sent shivers up and down my spine.

So what’s the Reset Detox? Very simply put, it’s at least 3 weeks of no interactive screen devices (smartphones, tablets, kindle, laptop, etc.). There are options to remove screens related to schoolwork if you desire and either allow a very small amount of passive, slow television viewing from across the room, or remove TV as well.

The book takes you through the whole process step by step, so I highly recommend giving it a read if you want to know more.

What We Changed & the Difference it Made

Our family decided that interactive screen time is the worst for our young child. So the first rules that went into place were 1) no tablets, and 2) no smartphones. We already didn’t allow her to play on our phones, but it also made me realize that I was a little too attached to my smartphone, and I decided to reduce my usage.

At first, she asked for the tablet quite often and would beg and pout. But as the weeks went on, she asked less and overall, her moods absolutely evened out. Bedtime started going smoother. She fell asleep faster. She slept in longer in the morning.

Just the other day I peeked around the corner to watch her playing imaginatively with some stuffed animals and toys she hadn’t touched in months. By all means, her creativity wasn’t gone while she had interactive screen time, but there were visibly less imaginative play and a lot more begging to watch shows.

The differences I see from our tablet detox amaze me. Now, full disclosure, it has meant that I don’t have a lot of time to myself. I have to read her books, engage her in the work I’m doing, go to the park or store, get outside, etc. I have a lot less time to work on my business right now.

But I have noticed that she respects me more when she sees me reading a book than when she would see me scrolling through my phone. By using my own devices less, she has naturally become less attached to them herself.

Now, at this point, we haven’t totally cut out television screen time. About 3-4 times a week she is allowed to watch a show or movie we select together. Typically it’s a Disney Junior show or animated movie, which technically are on the “fast-paced and banned” list, but as of now, even these don’t affect her the way the tablet did.

One day at a time!

In a perfect world, I would ditch our TV, computers, and smartphones. But that isn’t possible as I work from home, my husband enjoys working on tech, and our family does like to enjoy a movie on occasion.

That being said, I do plan to continue to research and experiment in limitations, both for my child and for myself. The relief of removing the tablet is huge. Looking back I can see it was a source of conflict, frustration, and dependence that we just didn’t need in our lives.

I’ll be watching carefully to see how the current television screen time affects the family, and how I can reduce my own screen time even more by setting schedules, routines, and boundaries.

If you’ve ever noticed negative behaviors surrounding screen time, I urge you to dig deeper. There is no better way to slow down family life and improve relationships than reducing the screens!

WANT TO SAVE WHY I TOOK AWAY MY CHILD’S TABLET FOR LATER? PIN TO YOUR FAVORITE PINTEREST BOARD HERE: 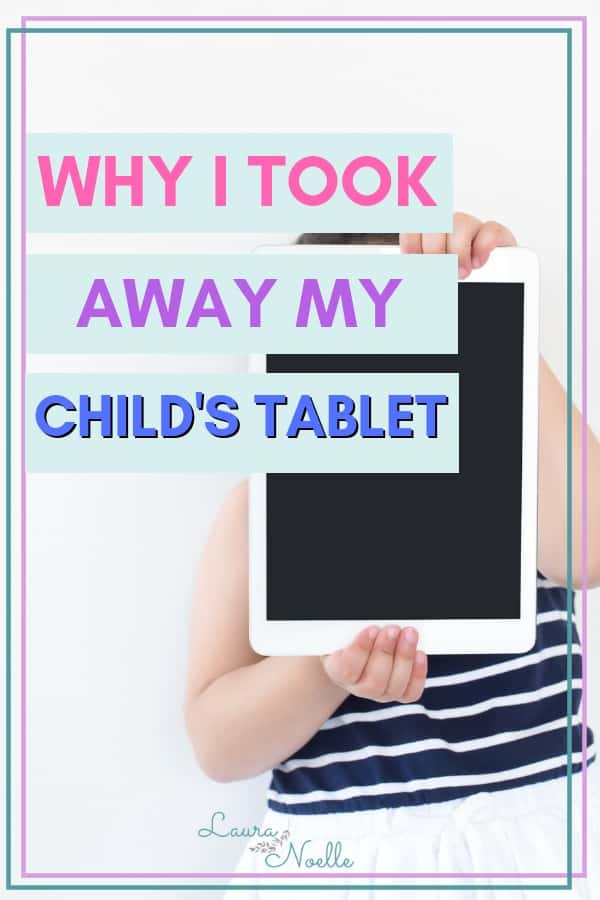 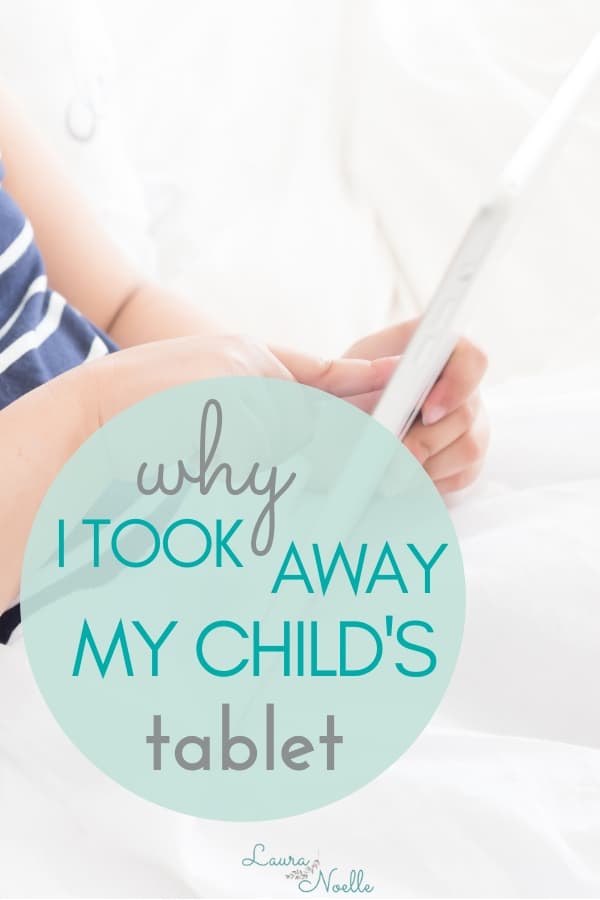 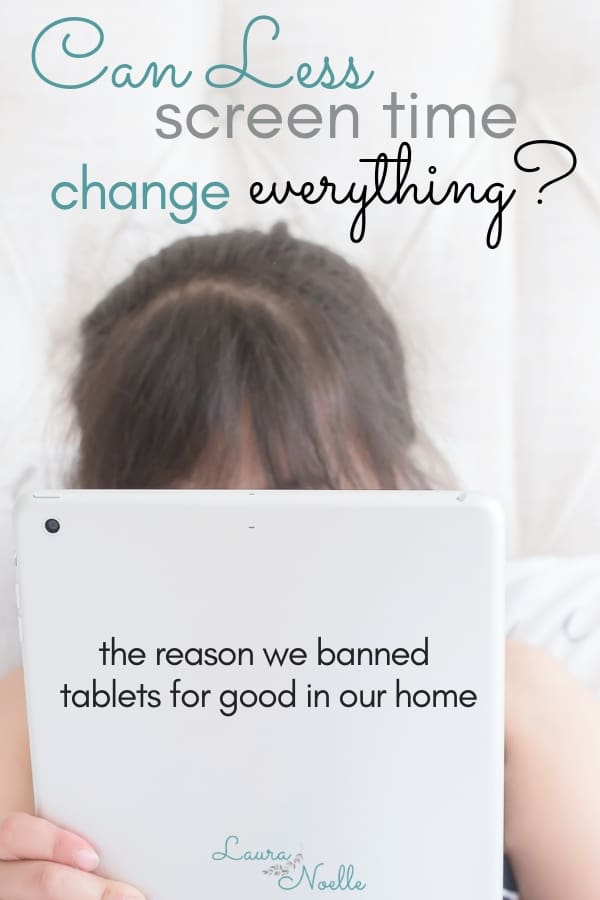 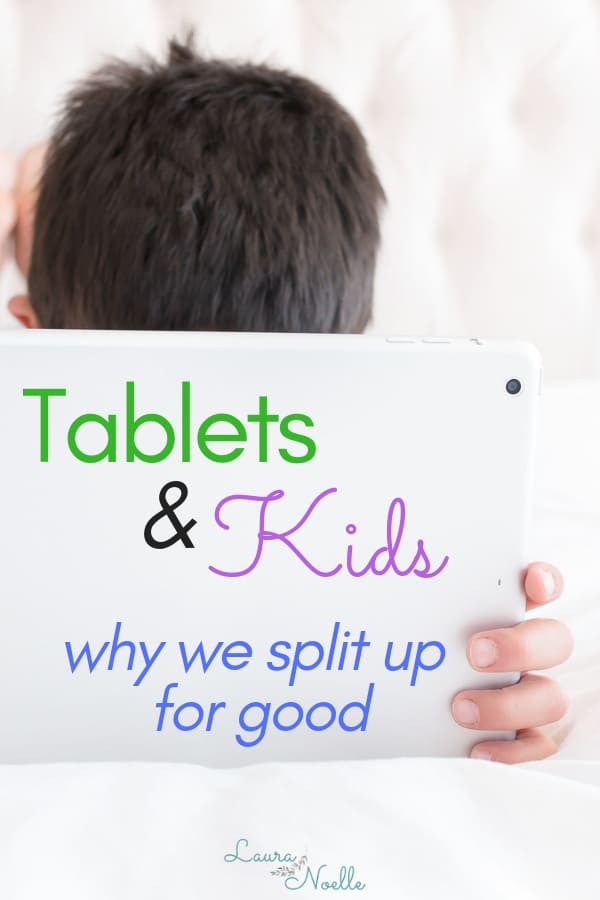 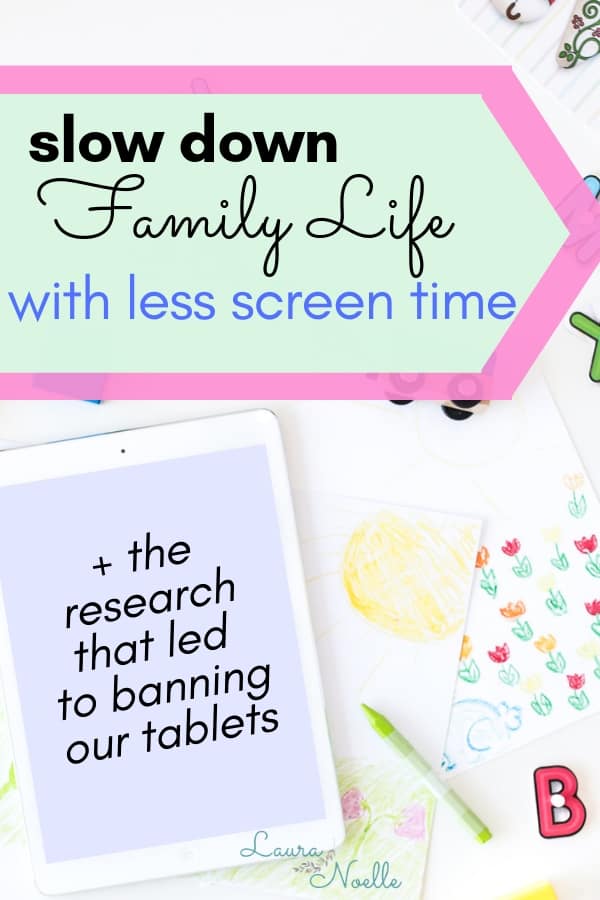 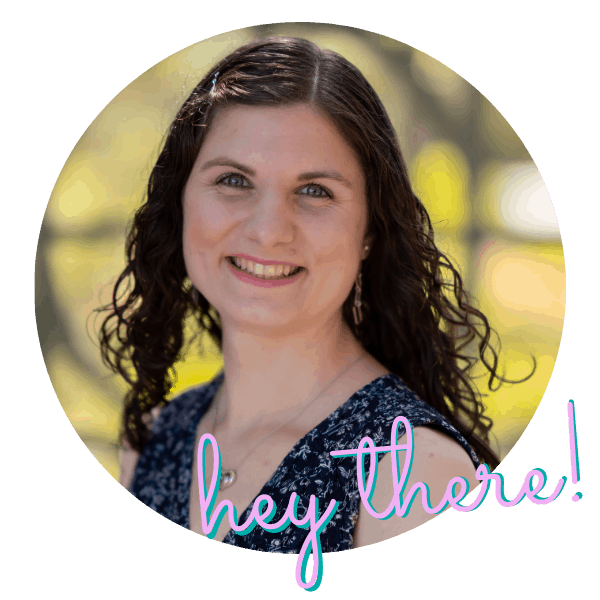 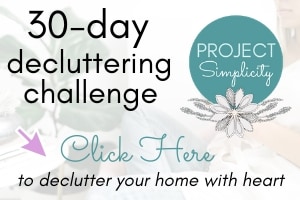 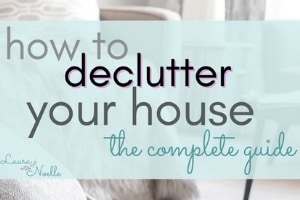 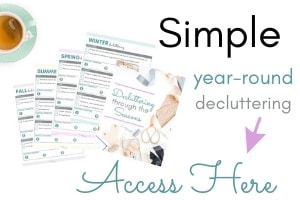 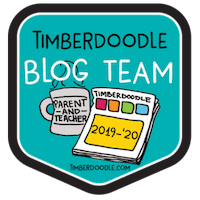 We use cookies to ensure that we give you the best experience on our website. If you continue to use this site, we will assume you agree to our policies.OkNo
No